I have written two books. 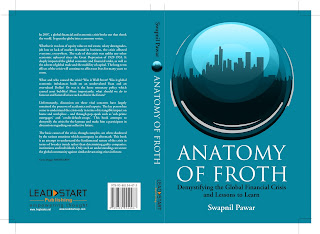 This book is meant for a lay person curious to know what exactly happened during the crisis and what led to it. As the subtitle suggests, the idea is to demystify the crisis. In fact to summarize it without the jargon, I have included a story towards to the end of the book in the fictitious town of Magrathea (Hitchhiker's' fans would guess the source of the name!). In this town events similar to the real world take place albeit at a simpler level. This end-tale is to revisit the key arguments stated in the book sans the technicalities.

The book summary is as below.
In 2007, a global financial and economic crisis broke out that shook the world. It spun the globe into a common vortex. Whether it was loss of equiry value or real estate, salary downgrades, job loss or lack of market demand in business, the crisis affected every one, everywhere. The scale of this crisis was unlike any other economic upheaval since the Great Depression of 1929-1933. IT deeply impacted the global economic and financial order, as well as the advent of global trade and the mobility of capital. The long-term effects of the crisis will continue to effect our lives for many years to come. What and who caused the crisis? Was it wall Street? Was it global economic imbalances built on an undervfalued Yuan and an overvalued Dollar? Or was it the loose monetary policy which caused asset bubble? More importantly, what should we do to forecast and forestall crises such as this in the future? Unfortunately, discussion on these vital concerns have largely remained the preserve of aademics and experts. The lay person has come to understand the crisis only in terms of its tangible impact on home and workplace- and through pop-speak such as sub-prime mortgages and credit -default- swaps'. This book attempts to demystify the crisis for the layman and make him a participant in discussions regarding our collective future. The basic causes of the crisis, though complex, are often shadwed by the various emotions which accompany its aftermath. This book is an attempt to understand the fundamental nature of the crisis in terms of broader trends rather than determining guilty companies, institutions and individuals. Only such an understanding can secure the global community against similar devastating crises in future.


Second is a book called Aesop 2.0 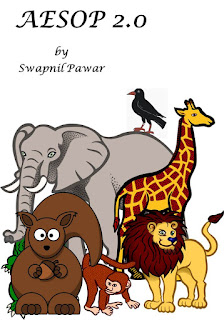 As we move from a modern era of deterministic worldview with rational actors into the postmodern times with the dissolution of foundations and a constructed reality instead of the earlier illusion of objective one, we also need to take a shot at updating our fables. Aesop 2.0 is scratching the surface of this revision - an attempt to question the conventional wisdom, the accepted ideas of common sense and a few ill-founded but cherished beliefs. With a collection of several very short stories written in the same format as the original Aesop's fables, I have tried to ask myself and the reader if our worldview is geared to handle the realities of our world!
It's available to buy here.